Today, I helped my sister-in-law Theresa finalize funeral arrangements for Sue's sister Nancy by providing transportation to the various locations where Theresa signed documents and viewed the interment location. Afterward, Theresa and I went to lunch at the Route 66 Diner to enjoy some of the foods that Nancy once enjoyed and talk about our rememberances of her life.

Exhaustion finally took over so I dropped Theresa off at her hotel and headed home to be with the White Dog Army. There was a profound silence in the house as I pulled in the driveway and shut the car door. Concerned about the lack of noise, I hurriedly unlocked the door to uncover the supposed problem. Upon entering the living room, I saw the girls huddled around a spot on the floor (Roman was isloated in the kitchen).

Worrying that someone was injured, I cleared a path to the immediate area, only to discover a split bag of duck jerky on the floor. Not a single white dog admitted to dragging the bag from the top of the chest of drawers where I had placed it yesterday, but all were quietly and orderly enjoying the spoils of someone's efforts. My prime suspect, Bailey, looked at me innocently as I grabbed up the jerky and brought it into the kitchen. Not much jerky had been consumed, so I assessed that the action had taken place rather recently. Today, treat time became self-serve. 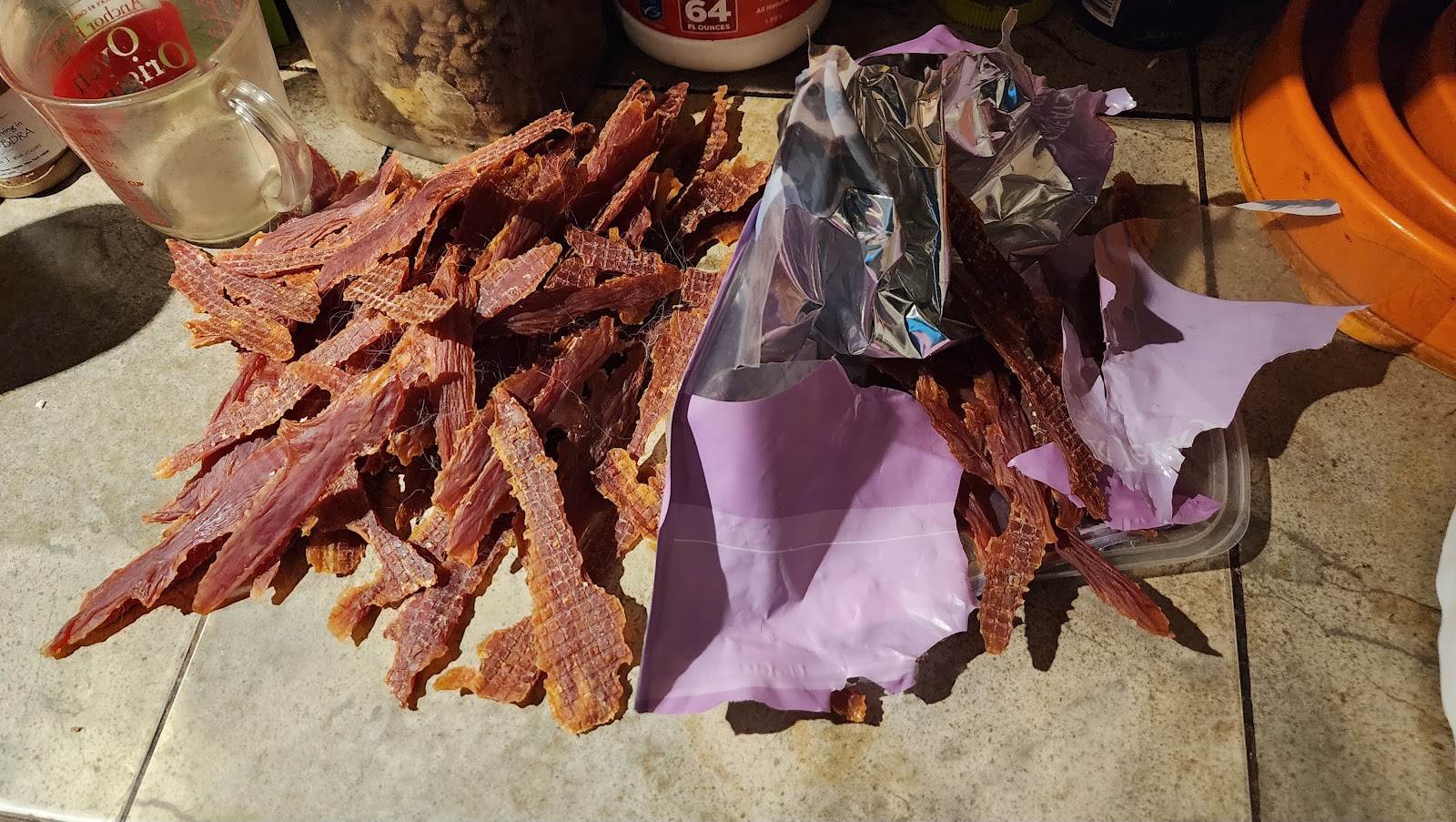 As I placed the jerky into a new bag, I gave Roman a few pieces for his enjoyment since he didn't get to share in the living room spillage. 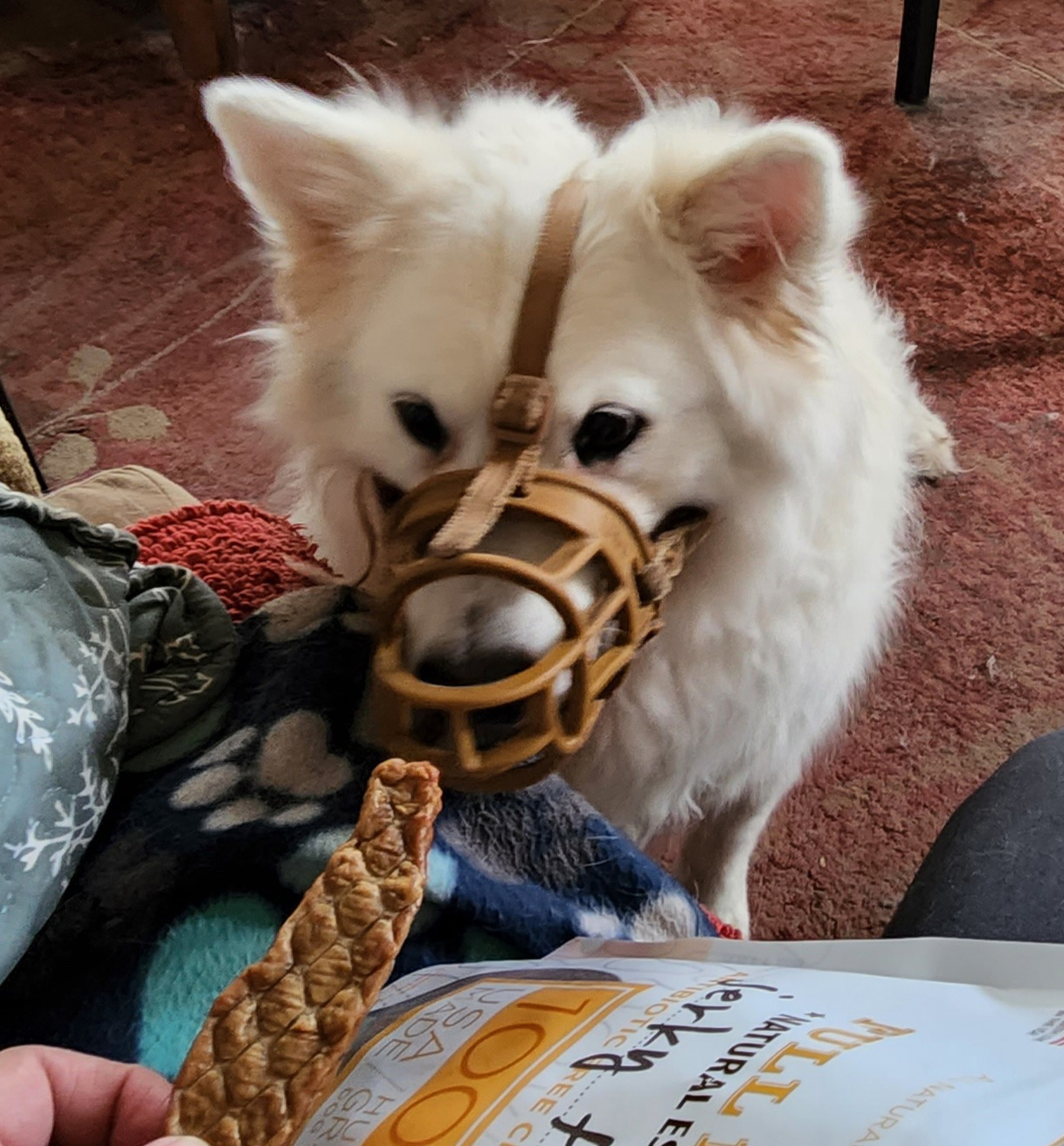 Posted by Stephen Sehi-Smith at 11:26 PM

Yes, that silence can be really scary sometimes!